Church of the Blessed Sacrament 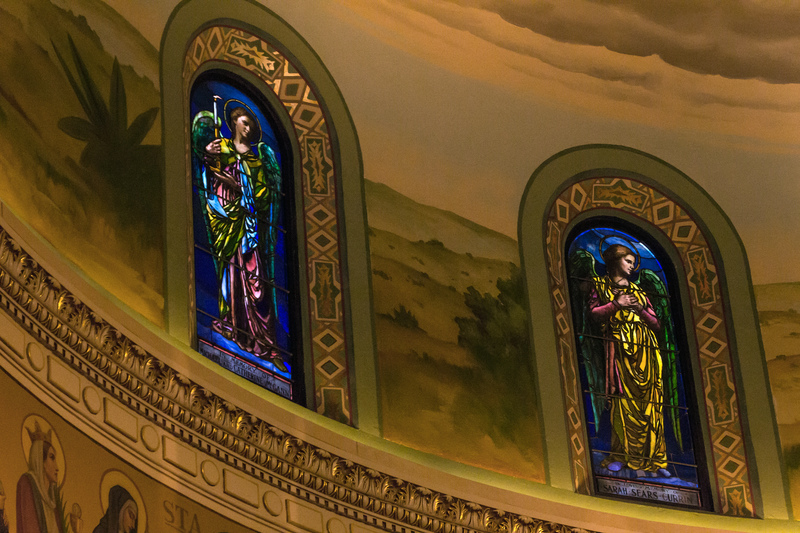 The Church of the Blessed Sacrament in Providence, RI, was designed by George Lewis Heins and Christopher Grant La Farge, the brother-in-law and eldest son of John La Farge. The brick church was begun in 1889, and the bell tower completed in 1897. It is a fine example of the Renaissance revival, with a Romanesque entrance façade. The basilica interior features an arcaded nave with a large copy of Raphael’s Disputa in the apse. The Church of the Blessed Sacrament has been cited as “the finest example of the type in the city for both exterior and interior.”[1]

For the round-arched windows in the upper register of the apse, John La Farge created six stained glass windows representing Angels of the Adoration in 1904-05. Each window features a single full-length angel. Some of these, such as the Sara Sears Currin Memorial window, were based on photographs of models posing in his studio.[2] Other windows were donated in memory of Michael and Catherine McCann, and several different organizations.