Church of St. Paul the Apostle 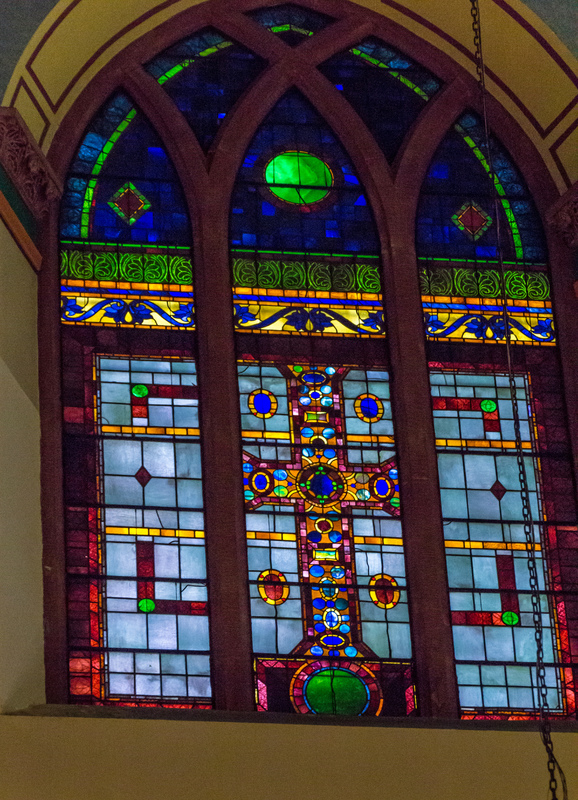 Window in the clerestory 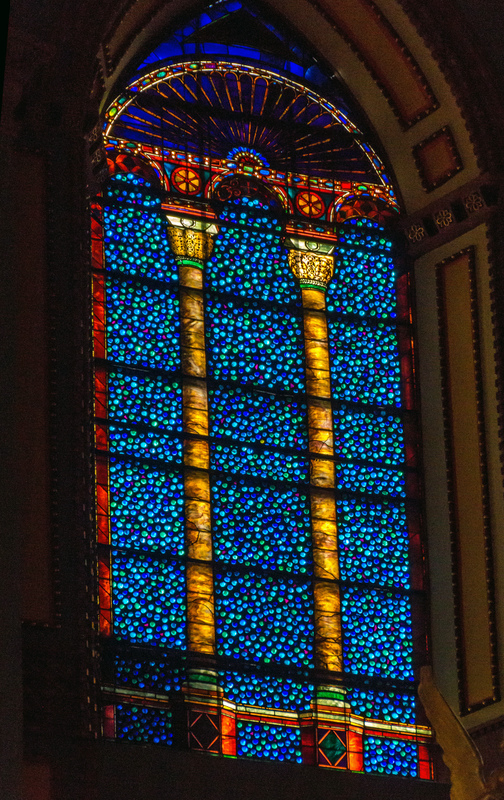 Window in the chancel 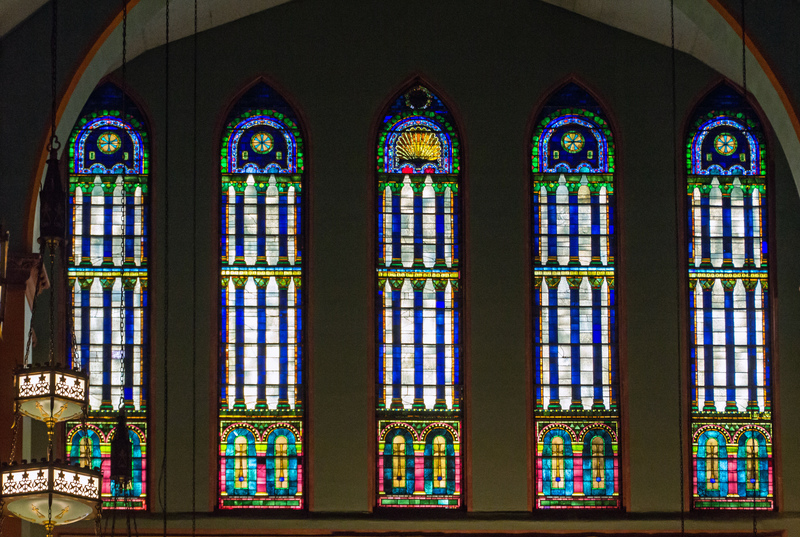 The Missionary Society of Saint Paul the Apostle was incorporated in 1858. Father Isaac Thomas Hecker (1819-1888), founder of the Paulist order, was a close friend of La Farge. He converted La Farge’s wife, Margaret Mason Perry La Farge to Catholicism. This church was planned to be a monument to faith and religious art, and a bold statement for a Catholic church. William Laurel Harris, a later director of the project, noted that this was the one of the first Catholic churches in the United States to employ large numbers of American artists and skilled craftsmen to create an artistic environment.[1]

The church building was designed and built between 1874-89 by Jeremiah O’Rourke and Father George Deshon. Father Deshon was one of the founding members of the new Paulist order. The high altar was designed by Stanford White in 1888-90, and Augustus Saint-Gaudens contributed relief sculptures. La Farge executed murals and windows for the church, consulting on the design as early as 1875.[2] He painted the ceiling with a deep blue spangled with stars in 1885.[3]  Planned figural windows for the chancel were designed in 1895-97, but repeated delays on the part of the artist led to the withdrawal of the commission.[4]

William Laurel Harris, who completed the interior design of the church in the early twentieth century, wrote of Hecker’s hopes for the recovery of the sacred in American Catholic church architecture: “For three centuries the clergy and the artists have been separated by an impassable chasm, a chasm which opened amid the social, political and religious upheavals of the sixteenth and seventeenth centuries. And it is for us a patriotic wish and a laudable desire to bridge this chasm over until Art and Religion can once more walk hand in hand.”[5]

La Farge repeated the Byzantine columns he used in the flanking windows of Christ in Majesty in Trinity Church in Boston (1883) in the sanctuary here in 1896. These columns are based on sixth century examples such as those at the church of SS. Sergius and Bacchus in Istanbul (506-13, now known as the “Little Hagia Sophia”), and may represent “pillars of the church,” which could be either saints or doctrines. The background of these windows features brilliant blue round nuggets of glass, or cabochons.  These were praised by William Laurel Harris as “second to none in the world” as works in color.[6]

Fourteen large (each one 27 feet by 12 feet) windows in the clerestory represent abstract jeweled crosses. Double lancet windows with paired crosses alternate with triple lancets with a single cross in the center. They were designed by John La Farge and Christopher Grant La Farge in 1887-98. The simplicity of these medieval designs kept expenses down and created a powerful meditative atmosphere.

Five windows in the façade of the church were designed by La Farge beginning in 1887, and installed in the 1890s.[7]

[2] Helene Barbara Weinberg, "The Work of John La Farge in the Church of St. Paul