Thomas D. Stegman, SJ, is Professor of New Testament, Professor Ordinarius, and former Dean at the Boston College School of Theology and Ministry (STM). A member of the USA Midwest Province of the Society of Jesus, Fr. Stegman was raised in Holdrege, Nebraska, and is a graduate of St. Charles Borromeo Seminary, Philadelphia (B.A., Philosophy). He holds an M.A. (Philosophy) from Marquette University, and both an M.Div. and S.T.L. (Hebrew Bible) from Weston Jesuit School of Theology. He earned his Ph.D. in New Testament studies at Emory University, under the direction of Dr. Luke Timothy Johnson. Fr. Stegman represented his Jesuit province at the 2012 Procurators Congregation in Nairobi and at the 36th General Congregation in Rome (2016). In addition to his teaching, research, and administrative responsibilities, Fr. Stegman enjoys giving lectures and workshops for parishes and dioceses. In his spare time, he follows the Green Bay Packers, St. Louis Cardinals, and Nebraska Cornhuskers. 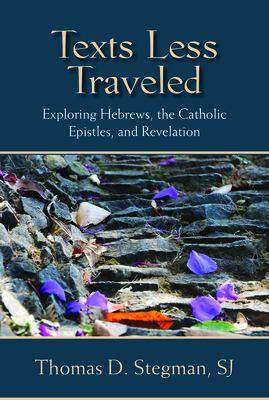