Nazi Law: From Nuremberg to Nuremberg

Nazi Law: From Nuremberg to Nuremberg

The book looks at how, after assuming power in 1933, the Nazi Party manipulated the legal system and the constitution in its crusade against Communists, Jews, homosexuals, as well as Jehovah’s Witnesses and other religious and racial minorities, resulting in World War II and the Holocaust. It then goes on to analyse how the law was subsequently used by the opponents of Nazism in the wake of World War Two to punish them in the war crime trials at Nuremberg. 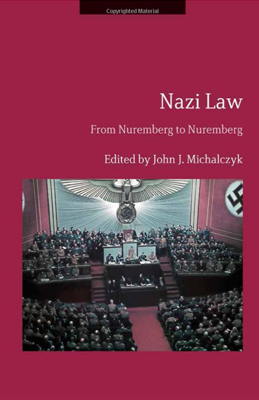