Father Blake t​aught American film history and criticism​ at Boston College for twenty-two years​. Prior to that he was ​an executive editor of America magazine, a national weekly journal of opinion​ and he ​also ​served as regular film reviewer. His research has focused on religious themes and imagery in popular American films and on the influence of New York City on Hollywood production. 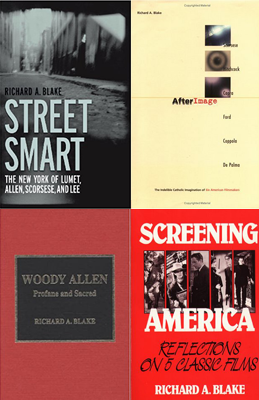