English Alliterative Verse tells the story of the medieval poetic tradition that includes Beowulf, Piers Plowman, and Sir Gawain and the Green Knight, stretching from the eighth century, when English poetry first appeared in manuscripts, to the sixteenth century, when alliterative poetry ceased to be composed. Eric Weiskott draws on the study of meter to challenge the traditional division of medieval English literary history into Old English and Middle English periods. The two halves of the alliterative tradition, divided by the Norman Conquest of 1066, have been studied separately since the nineteenth century; this book uses the history of metrical form and its cultural meanings to bring the two halves back together. In combining literary history and metrical description into a new kind of history he calls ‘verse history’, Weiskott reimagines the historical study of poetics. 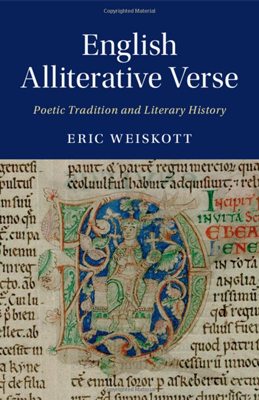