In August 2005, less than two years after losing his mother and father to cancer—dying six days apart—Andrew McAleer was diagnosed with fourth-stage melanoma. Less than three years later, at age forty-one, fulfilling a lifelong dream to serve his nation, he graduated from Army Basic Combat Training. At age forty-four, holding the rank of sergeant, he would go on to complete a tour of duty in Afghanistan as a U.S. Army Historian. A few months after returning from Afghanistan, McAleer was again diagnosed with fourth-stage melanoma. This time four doctors told him it was inoperable. In Positive Results, Andrew McAleer shares his personal, heartfelt, and inspiring stories about his fifteen-year battle with cancer, first as a caretaker and then as a patient. 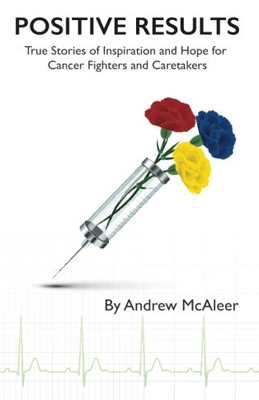