Christianity and the Culture Machine: Media and Theology in the Age of Late Secularism

Christianity and the Culture Machine: Media and Theology in the Age of Late Secularism

Christianity and the Culture Machine is a precedent-shattering approach to combining theories of media and culture with theology. In this intensive examination of Christianity’s role in the cultural marketplace, the author argues that Christianity’s inability to effectively contest the ideology of secular humanism is not a theological shortcoming, but rather a communications problem: the institutional church is too wedded to an outmoded aesthetic of Christianity to communicate effectively. Privileging authority and obedience over the egalitarian and transformative goal of Christianity, the church fails to recognize how it undermines the vitality of the Christian narrative and message. In the absence of a more compelling vision offered by the official church, a new aesthetic can be found forming within the margins of popular culture texts. Despite its past failures in representing the Bible in mainstream film and television, the culture industry now offers more compelling versions of core Christian theology without even realizing it–within the margins of the main storylines. This book analyzes the aesthetic principles employed by these appropriations and articulations of Christian discourse as a means of theorizing what a new aesthetic of Christianity might look like. 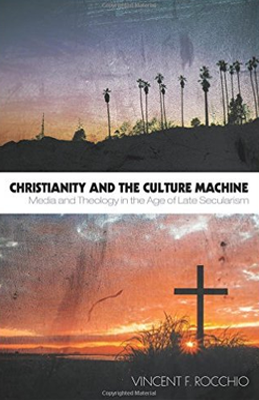