With Sophistry and Political Philosophy, Robert C. Bartlett provides the first close reading of Plato’s two-part presentation of Protagoras. In the “Protagoras,” Plato sets out the sophist’s moral and political teachings, while the “Theaetetus,” offers a distillation of his theoretical and epistemological arguments. Taken together, the two dialogues demonstrate that Protagoras is attracted to one aspect of conventional morality—the nobility of courage, which in turn is connected to piety. This insight leads Bartlett to a consideration of the similarities and differences in the relationship of political philosophy and sophistry to pious faith. Bartlett’s superb exegesis offers a significant tool for understanding the history of philosophy, but, in tracing Socrates’s response to Protagoras’ teachings, Bartlett also builds toward a richer understanding of both ancient sophistry and what Socrates meant by “political philosophy.” 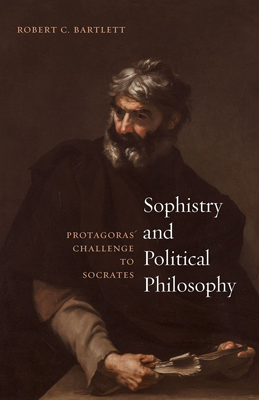