Central European dissidents gained global fame by serving as key protagonists in the collapse of communism in 1989. As writers, philosophers, and artists, they should be remembered for their ideas as much as for their political actions. This book takes the variegated and collected dissident oeuvre and reads their texts as expressions of their existential search for inter-subjective understanding and mutual recognition, showing how their ideas contribute to current conversations in political philosophy about thinking and action.

Brinton examines the ways Cold War dissidents in Central and Eastern Europe turned to the past for inspiration in order to change and transcend their present entrapment, contributing to a more general narrative about how to change one’s way of acting by altering one’s way of thinking. Ideas such as ‘living in truth,’ the ‘parallel polis,’ creating ‘civil society,’ and ‘anti-political politics’ allowed dissidents to survive totalitarianism, recreate their intellectual universe, and re-humanize themselves amidst dehumanizing political situations.

According to the author, our conversations about the relationship between philosophy, politics, and dissidence can be deepened by examining this legacy. 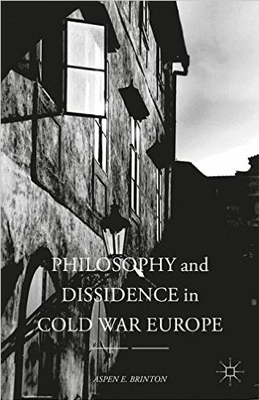