On August 3rd, 1976, in Córdoba, Argentina’s second largest city, Fr. James Week and five seminarians from the Missionaries of La Salette were kidnapped. A mob burst into the house they shared, claiming to be police looking for “subversive fighters.” The seminarians were jailed and tortured for two months before eventually being exiled to the United States.

The perpetrators were part of the Argentine military government that took power under President General Jorge Videla in 1976, ostensibly to fight Communism in the name of Christian Civilization. Videla claimed to lead a Catholic government, yet the government killed and persecuted many Catholics as part of Argentina’s infamous Dirty War. Critics claim that the Church did nothing to alleviate the situation, even serving as an accomplice to the dictators. Leaders of the Church have claimed they did not fully know what was going on, and that they tried to help when they could. Gustavo Morello draws on interviews with victims of forced disappearance, documents from the state and the Church, field observation, and participant observation in order to provide a deeper view of the relationship between Catholicism and state terrorism during Argentina’s Dirty War.

Morello uses the case of the seminarians to explore the complex relationship between Catholic faith and political violence during the Dirty War-a relationship that has received renewed attention since Argentina’s own Jorge Mario Bergoglio became Pope Francis. Unlike in countries such as Chile and Brazil, Argentina’s political violence was seen as an acceptable tool in propagating political involvement; both the guerrillas and the military government were able to gain popular support. Morello examines how the Argentine government deployed a discourse of Catholicism to justify the violence that it imposed on Catholics and how the official Catholic hierarchy in Argentina rationalized their silence in the face of this violence. Most interestingly, Morello investigates how Catholic victims of state violence and their supporters understood their own faith in this complicated context: what it meant to be Catholic under Argentina’s dictatorship. 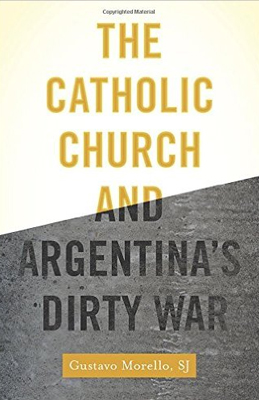