The Bigamy Plot: Sensation and Convention in the Victorian Novel

The Bigamy Plot: Sensation and Convention in the Victorian Novel

The courtship plot dominates accounts of the Victorian novel, but this innovative study turns instead to a narrative phenomenon that upends its familiar conventions: the bigamy plot. In hundreds of novels, plays, and poems published in Victorian Great Britain, husbands or wives thought dead suddenly reappear to their newly remarried spouses. In the sensation fiction of Braddon and Collins, these bigamous revelations lead to bribery, arson, and murder, but the same plot operates in the canonical fiction of Charlotte Brontë, Dickens, Eliot, Thackeray, and Hardy. These authors employ bigamy plots to destabilize the apparently conventional form and values of the Victorian novel. By close examination of this plot, including an index of nearly 300 bigamy novels, Maia McAleavey makes the case for a historical approach to narrative, one that is grounded in the legal and social changes of the period but that runs counter to our own formal and cultural expectations. 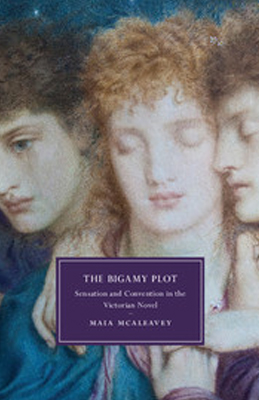