The Boomers are the generation that changed everything, from economics to politics to popular culture. This book examines the myriad ways and long-reaching consequences of the now fully “grown up” Baby Boomer generation on America.

Once upon a time, the members of the Baby Boomer generation were young, idealistic, and hungry to change the world. And they did create sweeping, irreversible changes throughout American society-but probably not in the ways their younger selves imagined they would. Now that the Boomers are in their late-adult or retirement years, their tremendous legacy can clearly be perceived. In retrospect, the paths the members of this generation took to come to power-and how they came to terms with that power-are also apparent.

This single-volume work supplies a broad yet detailed critical guide to the Boomer Generation, containing essays on key people, moments, and phenomena not only during the Boomers' 1960s heyday but also their extensive influences on American culture decades afterward. The contributors address key topics such as the rise of feminism; Civil Rights; the Vietnam War and the anti-war movement; the Beatles, the Grateful Dead, and rock ‘n roll; gay rights; idealism, narcissism, and materialism; the influence of television on America, and vice versa; and the transition of Boomers from being “Yippies” to “Yuppies.” This work is an ideal text for students in undergraduate or graduate courses in television studies, media studies, cultural studies, and American studies; and is highly appropriate as a supplemental text in literature, history, and philosophy surveys. 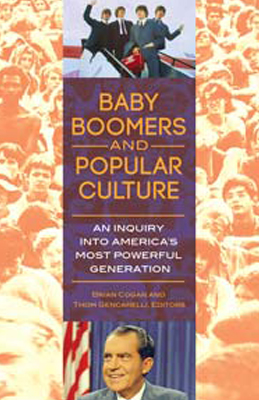