Work from Two Bodies reproduces 43 photographs from two independent projects by Karl Baden; Cliché-Verre and Shadow Pictures, 1983-84 (shown at Blue Sky Gallery in January 1985), and Sex, Death and the History of Photography, 1988-9 (shown at Blue Sky Gallery in October 1989). Both these series were produced before the age of Adobe Photoshop, when Baden’s working methods involved photo-manipulation and montage. Utilizing ‘wet darkroom’ multiple printing techniques and drawing on the negative itself, Cliché-Verre and Shadow Pictures explores photographic space, semiotics and the visual doppelgänger, or double. Sex, Death and the History of Photography references clichés in the history of the medium through conflict and gender-based stereotypes. Work from Two Bodies also contains a wide-ranging interview with Baden, concerning the contextual, technical and psychological aspects of his imagery, conducted by historian, curator and writer, Debra Lank.

This book was made possible through the efforts of the artist and Blue Sky Gallery, Portland Oregon. To order this and books on the work of other photographers, visit www.blueskygallery.org/books/ 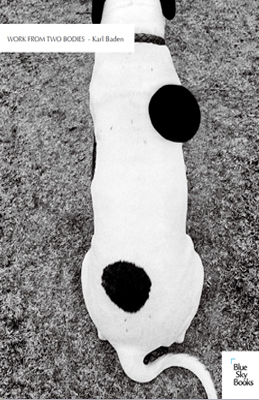