Literary texts that address tradition and the transmission of knowledge often seem concerned less with preservation than with loss, recurrently describing scenarios of what author Kevin Ohi terms “thwarted transmission.” Such scenes, however, do not so much concede the impossibility of survival as look into what constitutes literary knowledge and whether it can properly be said to be an object to be transmitted, preserved, or lost.

Beginning with general questinos of transmission—the conveying of knowledge in pedagogy, the transmission and material preservation of texts and forms of knowledge, and even the impalpable communication between text and reader—Dead Letters Sent examines two senses of “queer transmission.” First, it studies the transmission of a minority sexual culture, of queer ways of life and the specialized knowledges they foster. Second, it examines the queer potential of literary and cultural transmission, the queerness that is sheltered within tradition. By exploring how these two senses are intertwined, it builds a persuasive argument for the relevance of queer criticism to literary study. Its detailed attention to works by Plato, Shakespeare, Swinburne, Pater, Wilde, James, and Faulkner seeks to formulate a practice of reading adequate to the queerness Ohi’s book uncovers within the literary tradition.

Ohi identifies a radical new future for both queer theory and close reading: the possibility that each might exceed itself in merging with the other, creating a queer theory of literary tradition immanent in an immersed practice of reading. 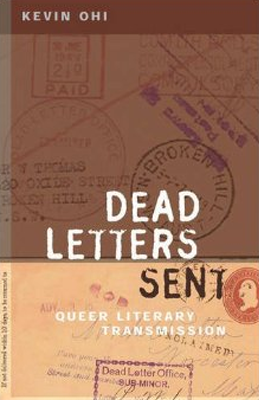