Whoever Saves a Single Life...

Approximately 90 linear feet of space along three walls fitted with picture rail on the lower level Theology and Ministry Library. Exhibits are sought which are consistent with the Jesuit mission of Boston College and, more specifically, with the mission and values of the School of Theology and Ministry.

Whoever Saves a Single Life...
Rescuers of Jews During the Holocaust 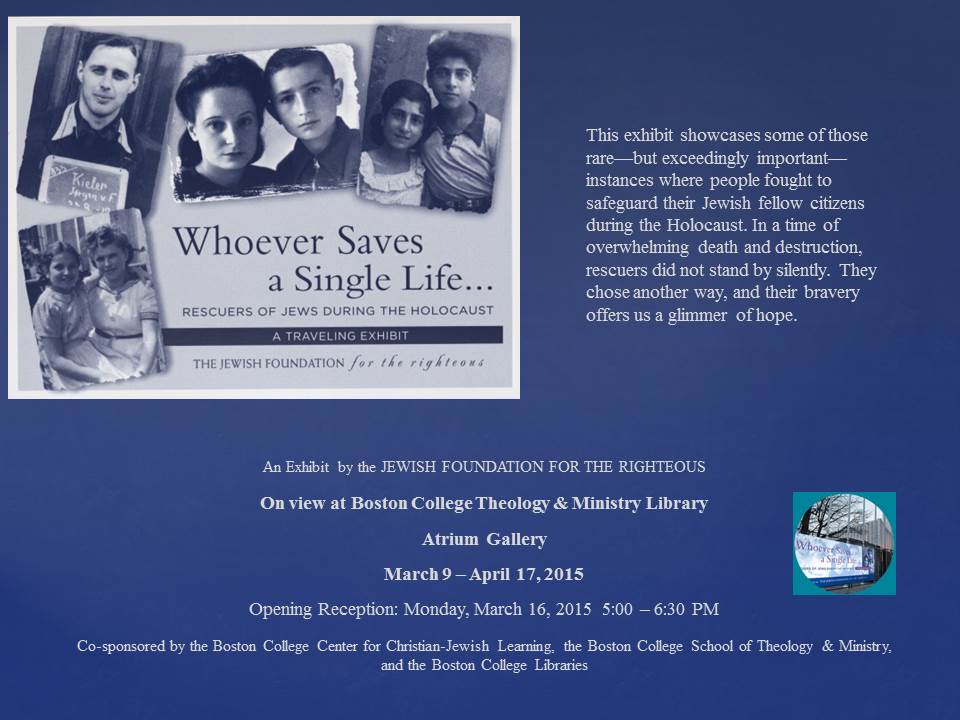 Whoever Saves a Single Life...Rescuers of Jews During the Holocaust,  This exhibit showcases some of those rare--but exceedingly important--instances where people fought to safeguard their Jewish fellow citizens during the Holocaust.  In a time of overwhelming death and destruction, rescuers did not stand by silently.  They chose another way, and their bravery offers us a glimmer of hope.

This exhibit is presented courtesy of The Jewish Foundation for the Righteous (JFR), which provides monthly financial support to aged and needy non-Jews who risked their lives to save Jews during the Holocaust and preserves their legacy through its national Holocaust education program.  The JFR is grateful to the Conference on Jewish Material Claims Against Germany (Claims Conference) for its generous support of this exhibit.

Click here for more information about The Jewish Foundation for the Righteous and this exhibit.