Over the summer, the Boston College Libraries took advantage of once-in-decades opportunities to acquire two exceedingly rare and important volumes that help to illuminate controversies surrounding the practice of prayer on the Iberian peninsula during the sixteenth century and their repercussions among followers of Ignatius of Loyola. Further research also promises to add to our knowledge of how the early Jesuits conducted the formation of their members. 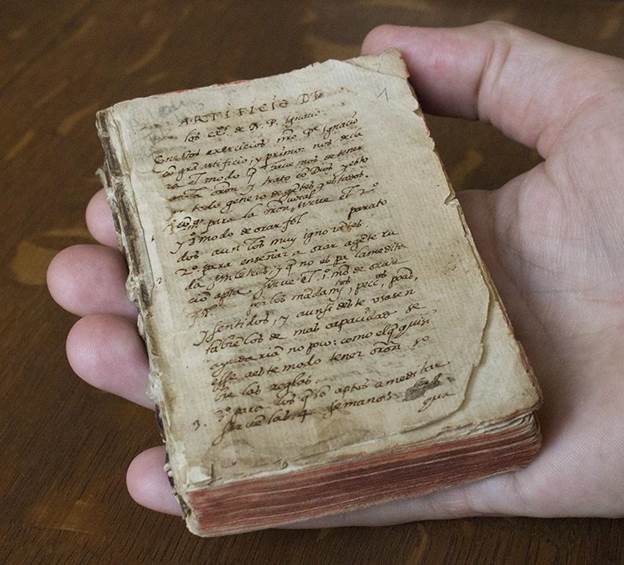 The first is a manuscript previously unknown to scholars of Jesuit history and spirituality. It appears to have been produced in Spain around 1580. Small in size, fitting comfortably in the palm of one’s hand, its 222 leaves nevertheless contain excerpts from three dozen sources, most of which have never been traced. Other texts in the volume, such as a collection of 24 exercísios (“exercises”) that reflect the inspiration of Ignatius and include borrowings from Francis Borgia, the third Superior General of the Society of Jesus, also contain passages not found elsewhere. Texts that can be traced to printed editions from the time contain significant variations with respect to those printings. Most notable in this category is a Spanish summary of the Jesuit Constitutions (a comprehensive set of statutes governing the Society and the conduct of its members written by Ignatius in Latin first printed in 1591) and other “rules,” including the Regulae scholasticorum, later referred to as the Ratio studiorum, the foundation for the Jesuit educational curriculum. The contents of the manuscript and its neat transcription by a single hand suggest that it might have been compiled as a reference manual by a Jesuit “tertian master” who was responsible for training Jesuit “scholastics” during the final stages of their formation, or by a prefect of spirituality at a Jesuit college or community. Jesuit manuscripts from this period almost never appear on the market, making this a particularly exciting acquisition. 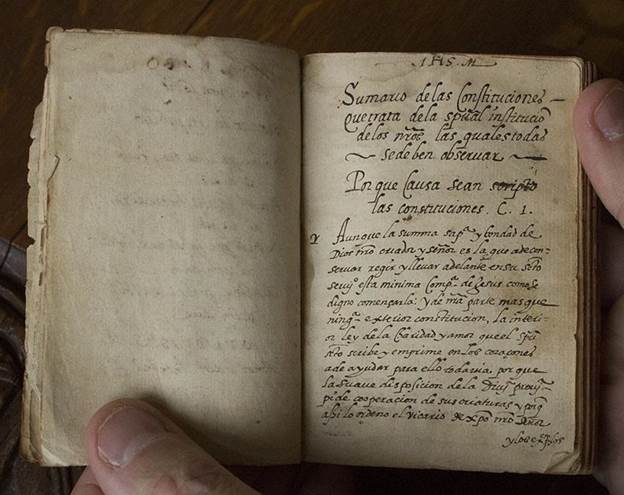 The second work we acquired is an equally small volume published in Portugal in 1553: the second edition of Ignatius’s Spiritual Exercises issued by the royal printer at the University of Coimbra. Nine copies are known to exist—only three outside of Portugal—making the second edition even rarer than the first published in Rome in 1548. Previously in private hands, ours is the only copy to have been offered for sale in at least 70 years. Its title page features a woodcut that presents an early rendering of the Jesuit seal characteristically encircled by alternating straight and wavy sun rays, yet with a twin-leafed plant beneath the central “IHS” monogram (representing the name of Jesus) where three nails symbolizing the Crucifixion would be placed in subsequent versions. Ignatius composed his Exercises as a guide for leading retreats consisting of structured meditation, prayer, and contemplation, typically lasting four weeks. 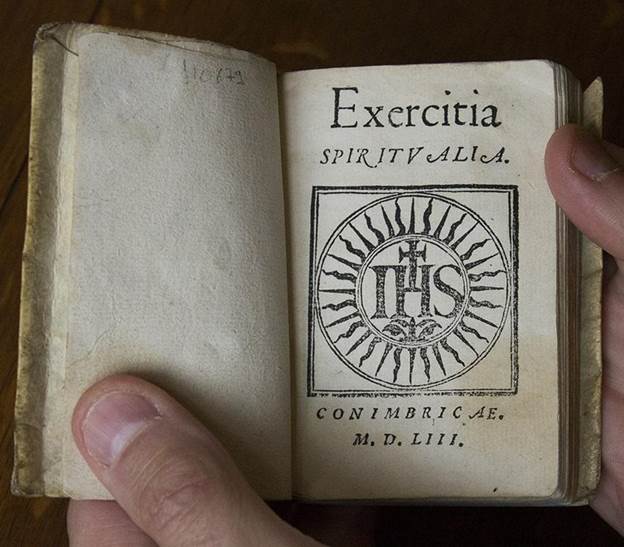 What both works have in common besides their Jesuit origins is the milieu of controversial approaches to prayer in which they were produced and used. A confluence of religious reform movements in Spain during the sixteenth century promoted various forms of contemplative or mystical prayer. Leaders of the so-called alumbrados (meaning “illuminated ones”), like Isabel de la Cruz and Pedro Ruiz de Alcaraz, were suspected of heresy and brought before the Inquisition. Church officials believed that their teachings ran counter to the life of action and the practical exercise of virtue and good works, which they generally considered ideal for lay Catholics. Ignatius was likewise interrogated for his association with alumbrados. He was never convicted, nevertheless elements of contemplative prayer in his Exercises, especially the experience of “consolation” (an intense feeling of God’s love), bear traits of his exposure to contested mystical practices. 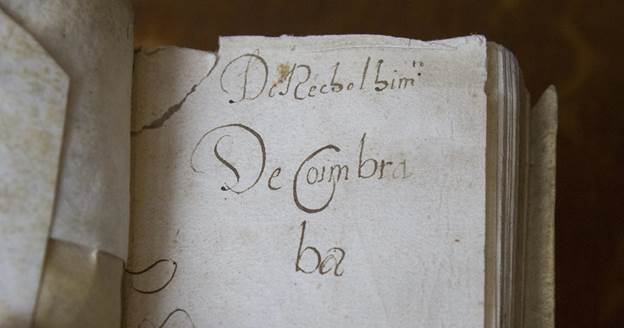 Our copy of the 1553 Exercises includes a handwritten annotation on the front flyleaf that may provide further evidence of their association with the practice of contemplative prayer. The inscription reads: “Do Recholhim[en]to / De Coimbra.” The key word “recholhimento” (“recolhimento” in modern Portuguese) may be translated literally as “recollection.” The inscription may indicate that the volume belonged to a Jesuit house or was kept among other prayer books in a room therein reserved for meditation, with the letters “ba” beneath the inscription perhaps indicating a shelf location. A second possibility is that the inscription may have been added as a kind of summary title reflecting the owner’s way of classifying of the contents of the work: “About Recollection / [the edition] Of Coimbra.” In either case, the inscription could suggest a connection to disputes concerning the nature of Ignatian prayer. Yet another possibility, based on the opinion of experts who believe the handwriting dates to the 17th or 18th centuries, is that the inscription refers to a convent of contemplative nuns, known as a “recolhimento,” of which two were founded in Coimbra around 1700. In that case, the inscription may have been added to indicate its acquisition at some point by the convent, perhaps following the expulsion of the Jesuits from Portugal in 1759.

In addition to adaptations of Ignatian works, the manuscript we acquired includes several texts that encourage contemplative prayer, such as a series of instructions for meditating on the Passion of Christ and the love of God. Most of these ancillary texts are not attested elsewhere, yet they resemble the kinds of meditations that were prevalent in Spain at the time. Their presence helps to situate the manuscript in the context of contemporary debates about modes of prayer.

Concerns about the emphasis on contemplative prayer mounted in the Iberian Church during the late sixteenth century. Within the Society of Jesus, matters came to a head during the 1570s when Superior General Everard Mercurian prohibited the reading of works on mystical prayer, and insisted on an ascetical interpretation of the Exercises. Ignatius himself never considered contemplation and action to be opposed, but the recovery of the image of the founder of the Society and his followers as “contemplatives in action” came only in the twentieth century thanks to studies by Karl Rahner, SJ and his brother Hugo Rahner, SJ.

A luncheon program celebrating these rare and remarkable acquisitions will be held in Burns Library in conjunction with the Institute for Advanced Jesuit Studies on November 1. For further information, and to register, please visit: http://libguides.bc.edu/burns-events/rare.